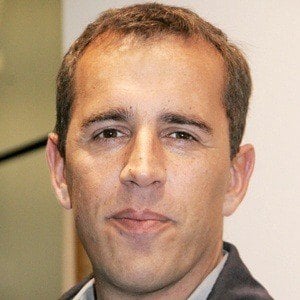 Academy Award-nominated director and screenwriter (for his 2012 film A Royal Affair) who earned a chance to direct the Hollywood blockbuster film The Dark Tower, based on the Stephen King novel series of the same name.

He graduated from the National Film School of Denmark in 2001. His graduation project, a short film called Woyzeck's Last Symphony, won the Grand Prix at Clermont-Ferrand International Short Film Festival.

His mom was a psychologist and his father an architect. They divorced when he was 7. His older sister Nastja Arcel is an actress.

He directed Idris Elba and Matthew McConaughey in The Dark Tower.

Nikolaj Arcel Is A Member Of