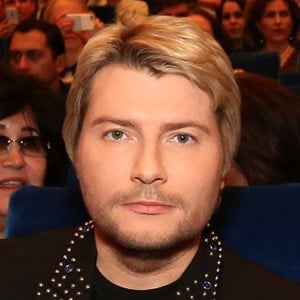 Vocalist who has been hugely respected in Russia both for his opera performances and pop music recordings, releasing acclaimed albums like Masterpieces of the Passing Century (2001). He has received many prestigious titles from the Russian government, including Meritorious Artist and People's Artist of Ukraine.

He studied at the Gnessin Russian Academy of Music and the Moscow Conservatory.

He has made regular appearances on the Russian game show What? Where? When?

He was previously married to Svetlana Spiegel. He has a son named Bronislaw.

He has performed several duets with Montserrat Caballe.

Nikolay Baskov Is A Member Of