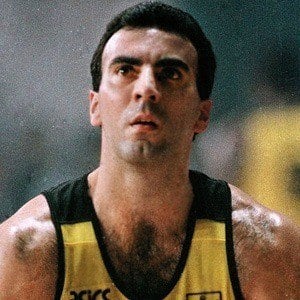 Early member of the FIBA Hall of Fame who was named one of FIBA's 50 Greatest Players in 1991 and one of the 50 Greatest Euroleague Contributors in 2008.

He played point guard in college, but became a shooting guard when he turned professional.

He and the Greek national team won the 1987 EuroBasket gold medal and the 1989 EuroBasket silver medal.

His family was residing in Union City, New Jersey, when he was born.

He signed with Diana Ross' agent, Bill Manon, upon graduating from college in 1979.

Nikos Galis Is A Member Of