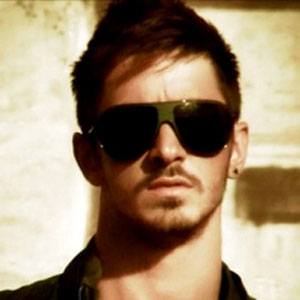 Greek singer who has appeared on shows like Super Idol and The X Factor, known for hit singles like "Last Summer."

He was born in Athens and appeared in the first and only season of Super Idol in 2004.

He performed a duet with Katerina Stikoudi called "Break Me in the Dark" at the MAD Video Music Awards.

He is a family-oriented person who has the words Family Tree written in Hindi on his left arm.

He appeared on the Greek series Your Face Sounds Familiar, where each week he performed songs by artists like Justin Timberlake.

Nikos Ganos Is A Member Of