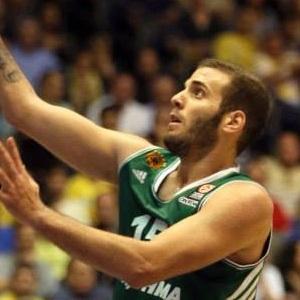 Combo guard in the Greek Basket League who was named the Greek League Best Young Player in 2010 and led the league in scoring in 2013.

He made his professional debut in 2006 with Panellinios and remained with them until 2008 before signing with the Spanish team Bilbao Basket.

He was named the Greek League All-Star Game MVP and won the Greek Cup with Panathinaikos in 2014.

He was born in Amarousion, Athens, Greece.

He played basketball professionally in Greece like Georgios Printezis.

Nikos Pappas Is A Member Of