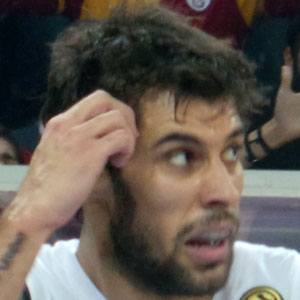 Greek basketball player, most recognized as the lead power forward for the Olympiacos team.

He started playing professional basketball in his teens.

In 2012, he was presented with the Greek League Most Improved Player award.

Georgios Printezis Is A Member Of