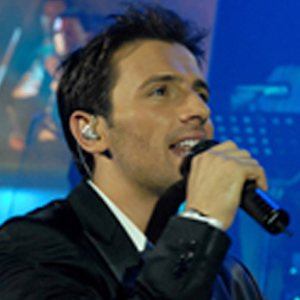 Multi-platinum Greek artist who has released more than half a dozen successful albums since his debut in 2003. He is particularly known for his 2007 album Mono Gia Sena and his 2009 album Ola Einai Edo.

At fifteen he began singing. Then, at sixteen, he moved back to the Netherlands to attend technical school. Upon his return to Greece, he began performing in small clubs around Macedonia.

His debut album Pes To Mou Ksana was named the Best-selling Greek Single of the Year at the fifth Arion Awards.

Though born in the Netherlands, he and his family moved to Thessaloniki, Greece when he was six years old.

He has performed with fellow singers and friends like Antonis Remos.

Nikos Vertis Is A Member Of