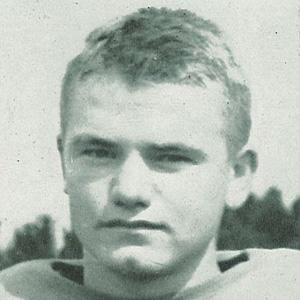 He starred in both basketball and football at Adel High School.

He was inducted into the College Football Hall of Fame in 1951.

He was the son of Nile and Francis Kinnick and he was raised with two brothers, Ben and George.

He beat out Joe Louis and other greats for the 1939 Associated Press Male Athlete of the Year award.

Nile Kinnick Is A Member Of