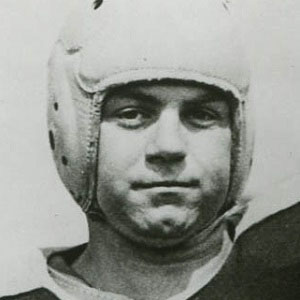 Hall of Fame running back for the Green Bay Packers who was the third player in NFL history to gain over 1,000 yards in a season.

His hair started to gray in college, earning him the nickname The Gray Ghost of Gonzaga.

He missed the 1945 NFL season because he was serving in the Army during World War II.

He and Ray Nitschke both had their jerseys retired by the Packers.

Tony Canadeo Is A Member Of