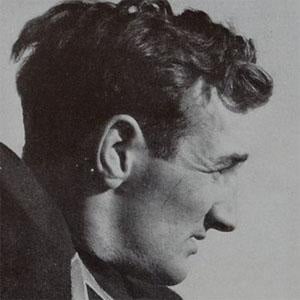 Former running back who was one of the greatest players in Michicagan Wolverines football history. He won the 1940 Heisman Trophy and went on to play two NFL seasons with the Los Angeles Rams after being selected first overall in the 1941 NFL Draft.

He delivered such a remarkable performance against rival Ohio State that the fans in Columbus gave him the only standing ovation ever given to a Michigan player.

He was a pilot in the Army Air Corps in WW II and received a Purple Heart for his bravery.

Tom Harmon Is A Member Of