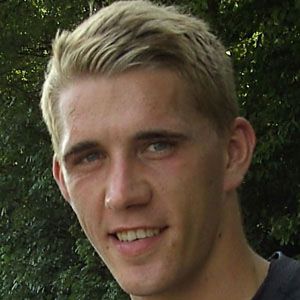 German striker who made his professional debut with Carl Zeiss Jena in 2006 and played for Germany's national under-19, under-20, and under-21 teams.

He began his youth career with FC Einheit Wernigerode in 1993.

He was born to Andreas and Sabine Petersen.

Nils Petersen Is A Member Of