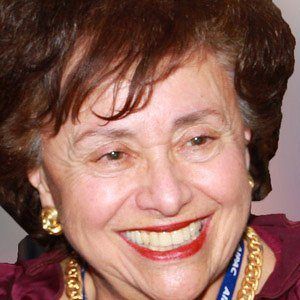 Democratic politician who became a United States Representative from New York's seventeenth congressional district in 2013 after serving the state's eighteenth district beginning in 1993.

She attended Mount Holyoke College before serving as a government official.

She supported the Corporation for Public Broadcasting and was once joined at a public hearing by Bert and Ernie of Sesame Street.

She considered running for the U.S. Senate, but decided against it when she heard that Hillary Rodham Clinton planned to run.

Nita Lowey Is A Member Of