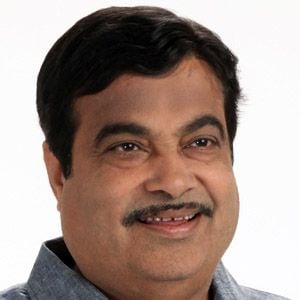 This Indian Bharatiya Janata Party leader began serving in 2014 as Minister of Transport and Rural Development and also represented the Nagpur constituency in the lower house (Lok Sabha) of the Indian Parliament. Previously, he had held numerous positions within the Maharashtra State government.

After attending Nagpur University, he served as a Member of the Maharashtra Legislative Council and as Chairman of the State Road Development Corporation.

His political career was marked by several scandals, including bribery and corruption allegations and the largely unexplained death of a seven-year-old girl in a vehicle owned by him.

His marriage to Kanchan Gadkari resulted in three children: Sarang, Ketki, and Nikhil.

He was both preceded and succeeded by Rajnath Singh in the office of President of the Bharatiya Janata Party.

Nitin Gadkari Is A Member Of