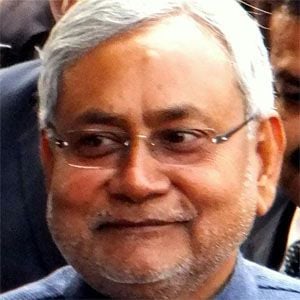 Indian politician who served as a Union Minister from 1989 to 2004. He was elected Chief Minister of Bihar in 2005.

He attended the Bihar College of Engineering, Patna and studied mechanical engineering but found it was not for him and went into politics.

During his tenure as Chief Minister, he gained popularity for his public works projects, including repairing roads and building bridges.

He was elected Chief Minister of Bihar during the tenure of Manmohan Singh as Prime Minister.

Nitish Kumar Is A Member Of