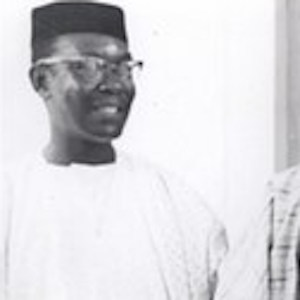 One of the prominent figures of contemporary Nigerian nationalism who acted as Head of State from 1960 to 1966. He also made unsuccessful bids for the presidency in 1979 and 1983.

He attended a variety of schools in the United States, such as the University of Pennsylvania and Columbia University.

He was involved with the Nigerian Youth Movement, as well as many nationalistic magazines and newspapers.

He was born in Zungeru in the Northern part of Nigeria.

He and Morris Chesnut are both members of Phi Beta Sigma.

Nnamdi Azikiwe Is A Member Of