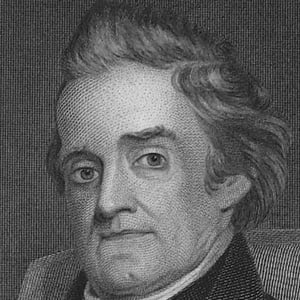 Writer responsible for the first American Dictionary of the English Language. The popular dictionary, first published in 1828, was later renamed the Merriam-Webster dictionary.

He served in the Connecticut Militia during the American Revolutionary War. He went on to receive a degree from Yale in 1778 and taught school for several years before studying for a law degree.

He has been called the Father of American Scholarship and Education.

He was born to a politically prominent family in West Hartford, Connecticut. In 1879, he married Rebecca Greenleaf; the couple went on to have five daughters and three sons.

Alexander Hamilton lent him more than a thousand dollars to move to New York City to help edit the leading Federalist Party newspaper.

Noah Webster Is A Member Of