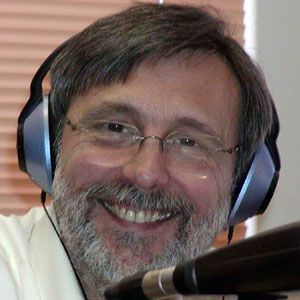 Progressive media personality most famous as the host of the radio show "The Thom Hartmann Program" and television's "The Big Picture." He is also the author of critically-acclaimed books like "The Last Hours of Ancient Sunlight."

He was politically active at a young age, campaigning for Barry Goldwater during the 1964 presidential election at age thirteen.

He has been one of the foremost speakers and writers on ADHD, popularizing the now-prominent "hunter vs. farmer" theory on the subject.

He married a woman named Louise, whom he met in the 60's. They have three children.

He appeared in the 2007 environmentalist documentary "The 11th Hour," produced and narrated by actor Leonardo DiCaprio.

Thom Hartmann Is A Member Of