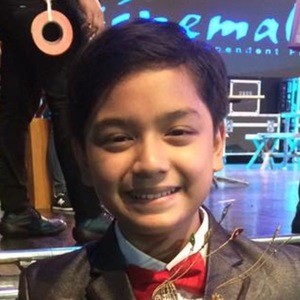 Singer and actor most widely known for competing as a member of Lea Salonga's team on The Voice Kids in 2016.

He began his career as a child performing in musical theatre. Some of his early theatre credits included productions of The Secret Garden, Pinocchio, and Prinsipe Munti.

In 2016, he made his screen acting debut with a small role in the film This Time.

His older sister is also an actor and a singer.

In March 2017, he teamed up with Elha Mae Nympha to cover John Legend and Ariana Grande's version of "Beauty and the Beast" on YouTube.

Noel Comia Jr. Is A Member Of