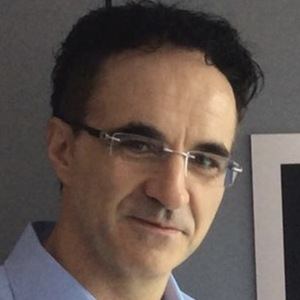 Irish neuro-orthopaedic veterinary surgeon who is considered a pioneer in his field and is the founder of the renowned Surrey-based animal practice known as Fitzpatrick Referrals. He and his practice were the subjects of the documentary series The Bionic Vet and The Supervet.

He was born in the small village of Ballyfin in Ireland. He graduated from the University College Dublin in 1990 and began working as a veterinarian in West Cork shortly thereafter.

In 2009, he became the first surgeon ever to successfully apply a prosthesis to a cat.

He is one of six children born to Sean and Rita Fitzpatrick.

He is a fan of actress Keira Knightley and named his border terrier after her.

Noel Fitzpatrick Is A Member Of