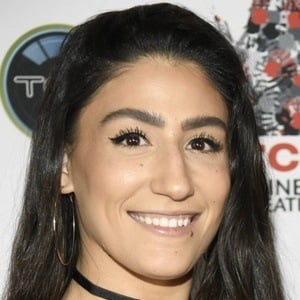 Model most famous for her appearance on the third season of the VH1 dating show Dating Naked. She signed with Wilhelmina models in 2015 and has walked the runway at events like New York Fashion Week.

She studied at Rutgers University as well as the Trinity Laban Conservatoire of Music and Dance.

She has worked as a pilates instructor.

She has an older brother named Max.

She and David Dees were featured on season three of Dating Naked.

Noelle Giorgi Is A Member Of