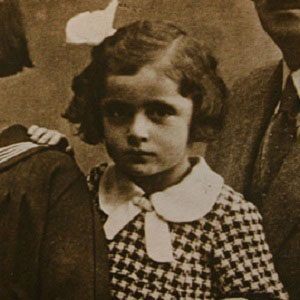 Hungarian Jew who survived her internment at the Buchenwald concentration camp during World War II. She has since become a renowned lecturer and author, publishing books like 2003's Sharing Is Healing: A Holocaust Survivor's Story.

She was sent to a labor camp during Operation Margarethe in 1944.

She received the Golden Apple Award for her work as a public speaker in 1998.

Every member of her family perished at Auschwitz with the exception of her father, Samu. She married teacher Earnest Ban in 1945.

She and Elie Wiesel are both Holocaust survivors who went on to write about their experiences.

Noemi Ban Is A Member Of