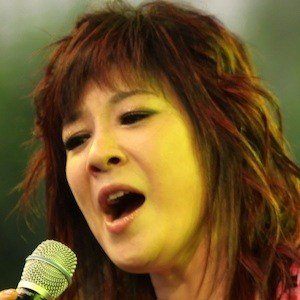 South Korean singer and television personality most well known for her recurring appearances on the series Running Man. She has also made several appearances on Happy Together 3.

One of her early appearances was as a voice actor for the animated series Young-sim.

A well-known radio personality, she spent six years as the host of 2 o'clock Manse.

Her husband, James Moosong Lee, is a singer. The pair have one son, Lee Dong-heon.

Both she and Han Hyo-joo have been guests on the show Running Man.

Noh Sa-yeon Is A Member Of