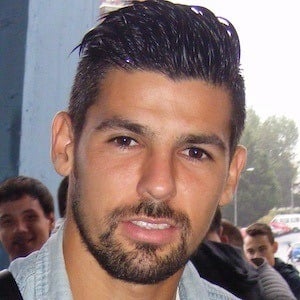 Spanish international forward who represented his country at the 2016 European Championships. He signed with Manchester City in advance of the 2016-2017 Premier League season.

He played youth soccer with Algaida, Sanluqueño, and Valencia before making his senior debut in 2004.

He made his Spanish international debut in 2014. He's also played in La Liga with Barcelona and Celta.

He grew up in Sanlucar de Barrameda. His real name is Manuel Agudo Duran.

He and Iago Aspas were teammates on Celta.

Nolito Is A Member Of