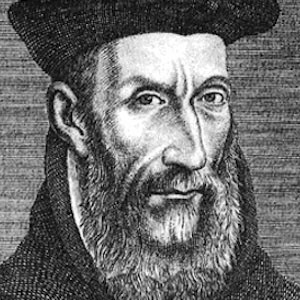 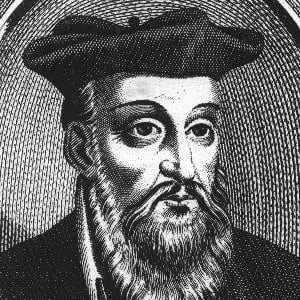 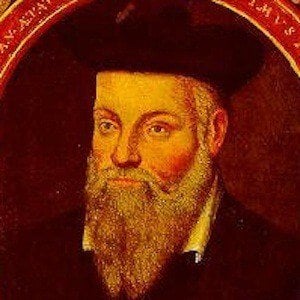 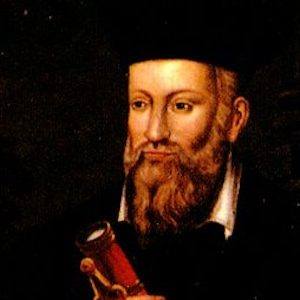 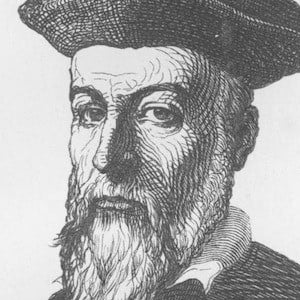 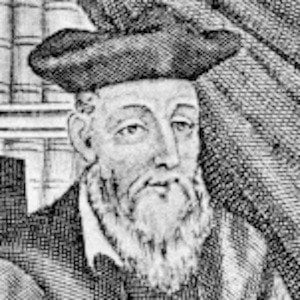 French poet, apothecary, and self-proclaimed prophet who began publishing his predictions in 1555. His quatrains, whether truly prophetic or misinterpreted to be so, have attained a cult following through the centuries.

He studied for his baccalaureate at the University of Avignon when he was 15, but was forced to leave when the university closed down due to an outbreak of the plague. He later worked as an apothecary and studied medicine briefly at the University of Montpellier before being expelled from the school.

Although mainstream media has claimed that he has predicted major historical events, historians argue that his apparent accuracy is due to poor translation and misinterpretation.

He was one of nine children born to notary Jaume de Nostredame. Nostradamus was later married to a woman who may have been Henriette d'Encausse, and both she and the couple's children died from the black death in 1534.

His views on the imminent end of the world influenced Christopher Columbus to write a similar prophetic collection.

Nostradamus Is A Member Of