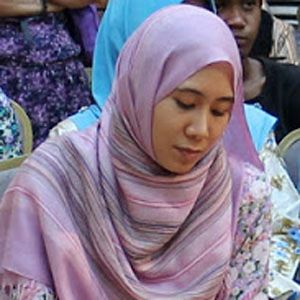 Member of the PKR party who started her second term as a Member of Malaysian Parliament in 2013. She represents Lembah Pentai, a constituency that consists of Bangsar and Pantai Dalam.

She earned a Masters degree in International Relations from Johns Hopkins University in 2007.

She passionately campaigned for the release of her father after he was arrested on charges of sodomy and graft in 1998.

She has two children with husband Raja Ahmad Shahrir.

She is the daughter of PKR leader Anwar Ibrahim .

Nurul Izzah Anwar Is A Member Of