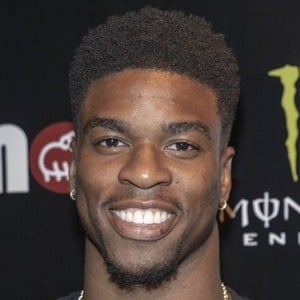 Safety who is famous for his career in the NFL. He was drafted by the Oakland Raiders in the second round of the 2017 NFL Draft, and started at safety for their defense throughout his rookie year.

He played college football for the University of Connecticut Huskies. He earned an invitation to the Senior Bowl following the 2016-2017 season.

He was placed on injured reserve twice throughout his 2017 rookie NFL season with the Oakland Raiders.

He has featured his long-time romantic partner Alyssa across his social media accounts.

He played for the Oakland Raiders defense during his 2017 rookie campaign alongside Khalil Mack.

Obi Melifonwu Is A Member Of