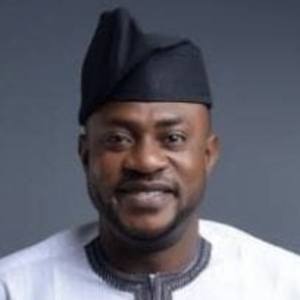 Film actor widely known for his work in more than 100 Yoruba movies in Nollywood. He has worked in every side of the business as a writer, producer, actor, and director for popular films in Nigeria and been awarded the title of Best Actor of the Year at the 2014 Africa Movie Academy Awards.

As a child, he and his friend would play as "jesters" at events at their local church. He would often write scripts for their little plays, thus subtly launching his acting career.

He and his wife Ruth have four children.

Both he and Patience Ozokwor are popular Nollywood actors.

Odunlade Adekola Is A Member Of