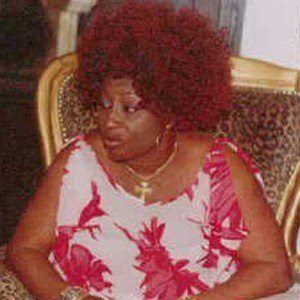 Nigerian actress who appeared in more than two hundred films between 1995 and 2012.

Her literature teacher cast her in the role of Hamlet in a school production of William Shakespeare's famous play. She excelled in the role and ended up touring Hamlet to schools throughout Eastern Nigeria.

Her role in the 1999 Nollywood film Authority, launched her film acting career.

She and her husband had three children. Following her husband's death, she adopted a fourth child.

She appeared with Osita Iheme in the 2003 Nollywood film 2 Rats.

Patience Ozokwor Is A Member Of