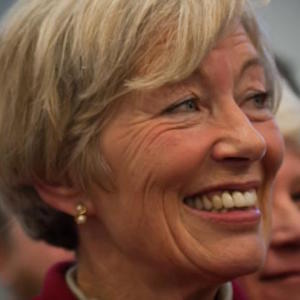 Irish Fine Gael politician who was elected Teachta Dála for Dublin South in 1997. She served from 1997 to 2002 and was re-elected in 2002. She wrote a paper in 2018 that won the Best Paper Award on Behavioral Aspects of Insurance Mathematics

She attended Trinity College, Dublin and earned a Bachelor of Arts degree in politics and economics.

From 2007 to 2010, she served as a spokesperson for Arts, Sport, and Tourism in the Dáil Éireann. She was selected as one of the Top 100 Innovators, Disruptors, and Change-Makers in Business in 2016.

She was born in County Offaly, Ireland.

She was elected to the Dáil Éireann during the tenure of Mary McAleese as President of Ireland.

Olivia Mitchell Is A Member Of