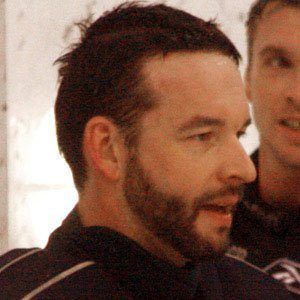 NHL goaltender known as Olie the Goalie who won the Vezina Trophy and made the NHL All-Star Game in 2000, representing the Washington Capitals.

He was the first South African-born hockey player drafted into the NHL.

Although he grew up in Canada, he didn't actually hold Canadian citizenship and represented Germany internationally, qualifying for the country through his parents.

He married Christin Kolzig, with whom he had daughters Kendall and Ashlyn and son Carson.

He was succeeded by Cristobal Huet as the primary goalkeeper on the Washington Capitals.

Olaf Kolzig Is A Member Of