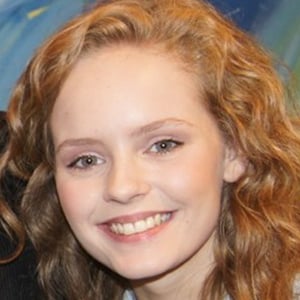 Polish actress who is known for her work in a variety of both television and film. She is most recognized for her role as Kasia Cieplak in the 2011 film Priests. She is also known for her modeling content which she shares on Instagram to her over 440,000 Instagram followers.

With a passion for acting early on, she made her debut appearance in the 2000 television series Priesthood where she played the character Marietta. She then went on to star in a variety of guest performances including in the 2005 series Nanny.

She appeared as a contestant in the 2016 season of Dancing with the Stars where she performed alongside her partner Rafal Maserak.

She was born and raised in Piaseczno, Poland. She posted a picture with her mother, father, and extended family to Instagram in December of 2017.

She starred alongside Filip Bobek in the Polish broadcast series Single in 2015.

Olga Kalicka Is A Member Of