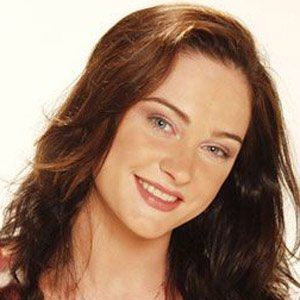 Rhythmic gymnast and contortionist who has two gold medals at the Festival Mondial du Cirque de Demain. She has performed in several Cirque du Soleil shows around the world.

She was five years-old when she first started gymnastics and started competing when she was 11.

Bravo Network filmed an Emmy Award winning documentary series titled Cirque du Soleil: Fire Within detailing her and the many others it took to create the Cirque du Soleil show Varekai.

She was born in Volgograd, Russia and later resided in Los Angeles, California.

She participated in the Ringling Brothers and Barnum & Bailey Circus from 1992 until 1994. The Barnum in the title refers back to founder P.T. Barnum.

Olga Pikhienko Is A Member Of