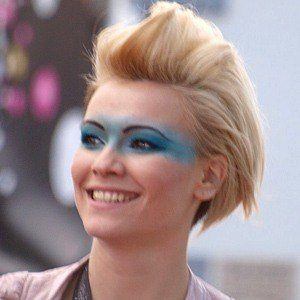 Moldovan pop star also known as Flux Light who first came to fame by representing Moldova at the 2010 Eurovision Song Contest with the song "Run Away," which she performed alongside SunStroke Project. She has since releases successful singles like "Goodbye" and "I Know Exactly."

She grew up in Potsdam, East Germany before moving to Chișinău, Moldova, where she attended the Academy of Music, Theatre and Fine Arts.

The song she performed at Eurovision, "Run Away," inspired the "Epix Sax Guy" meme.

Her parents served in the Soviet Armed Forces.

She performed with saxophonist Serghey Stepanov at Eurovision.

Olia Tira Is A Member Of