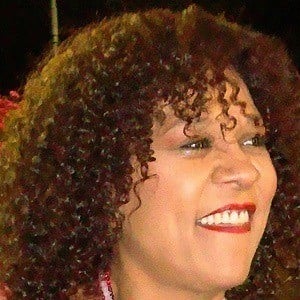 She played Detective Trudy Joplin in Miami Vice also played Vanessa Hargraves on Designing Women. Her other credits include Moesha and 7th Heaven.

She began her acting career in several Australian televisions series, and made her American debut in the 1982 film 48 Hrs.

She was a frequent guest star on Lois & Clark: The New Adventures of Superman, where she played the psychic, Starr.

Her brother Steve Brown played cornerback for the Houston Oilers from 1983 to 1990.

She appeared in the Danny DeVito comedy Throw Momma from the Train.

Olivia Brown Is A Member Of