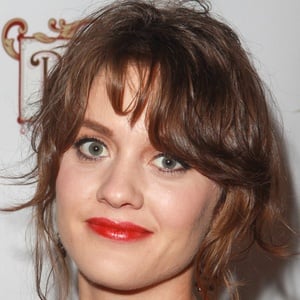 TV actress from Fresno, California, who has had parts on 2 Broke Girls, Co-Ed Confidential, Scream Queens and Westworld, among many others.

She moved to Los Angeles in 2007 to pursue acting.

Her first part was in a video short called Blue Skied an' Clear in 2008.

Jordan Brown is also a TV actress from the United States.

Olivia may Is A Member Of