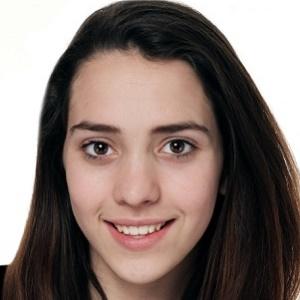 Irish actress who starred on the CBBC series Dani's Castle in the role of Esme. She also played Ciara Maguire in three episodes of Raw.

She started out performing at The Independent Theatre Workshop in Dublin, taking classes in drama, singing, and dance when she was 4 years old. Her first big break was in a Christmas commercial when she was 6 years old.

She played one of Santa's Elves in The Santa Incident and has performed in The National Concert Hall in Dublin. She's also done contemporary dance, ballet, and gymnastics.

She was born in Dublin, Ireland and has an older brother named Joshua.

She starred alongside Dani Harmer on Dani's Castle.

Jordan Brown Is A Member Of