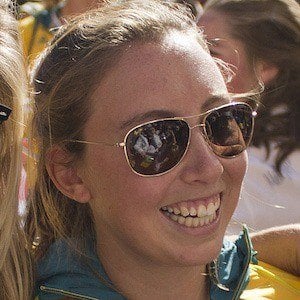 Australian sailor who won a silver medal in the Elliott 6 meter race at the 2012 Summer Olympics. In 2010, she won both the Australian Women's Match Racing Champion and ISAF Sail for Gold World Cup.

At the 2012 Summer Olympics, she became the youngest female sailor ever to win a medal in the Elliott 6 meter event.

Her father David was a member of the Australian Alpine Skiing Team.

She and Ben Ainslie are both Olympic medalists in sailing.

Olivia Price Is A Member Of