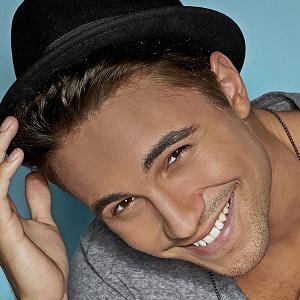 French-Canadian performer who competed on Star Académie in 2012 and became known for his single "Pour exister," a song on the double platinum album Star Académie 2012.

He first exposed himself to a national audience through Star Académie.

He performed a duet with fellow Star Académie competitor Marie-Mai for the song "Comme avant." For the summer of 2013, he landed a lead role in a production of the musical Hairspray.

He was born in Sherbrooke, Quebec, Canada and lived there through his childhood. He credits his father for developing his taste for music and the stage.

Olivier Dion Is A Member Of