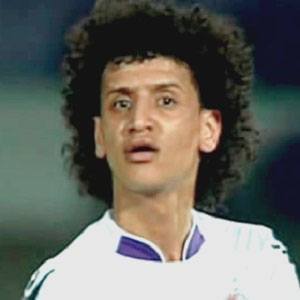 Winger and attacking midfielder who joined the United Arab Emirates national team in 2010 and was named the Gulf Cup of Nations MVP in 2013.

He was selected as the Young Player of the Year in 2009 with Al Ain.

He has three older brother who all play soccer.

Striker Yasser Al-qahtani was his teammate on Al Ain.

Omar Abdulrahman Is A Member Of