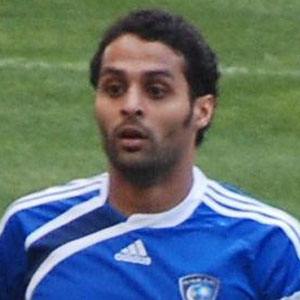 Striker who became captain of the Saudi Arabian national team after debuted for them in 2002; he also played for Al-Hilal in the Saudi Premier League.

He grew up in Riyadh, Saudi Arabia.

He played in the 2006 FIFA World Cup, which was won by Gianluigi Buffon and the Italians.

Yasser Al-Qahtani Is A Member Of