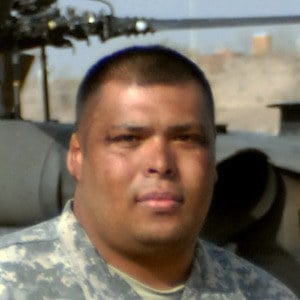 Former US Army infantryman who was awarded the Purple Heart and Combat Infantry Badge for his gallant actions during the Iraq War in 2004. He has become a motivational speaker professional power lifter in spite of suffering third and fourth degree burns to 75% of his body.

He was inspired to enlist in the US Army following the September 11th terrorist attacks as a freshman in high school. He enlisted immediately following his 18th birthday.

He has worked as a brand ambassador for the veteran-owned Black Rifle Coffee company. He has held the Paralympic world records for deadlift and bench press.

He gave himself the nickname Crispy after he sustained his catastrophic injuries.

He has worked with Mat Best of Black Rifle Coffee to promote the brand.

Omar Avila Is A Member Of