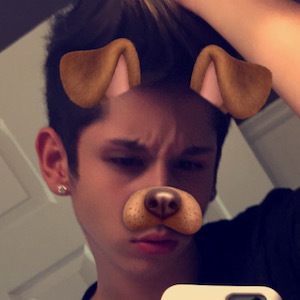 Instagram sensation with more than 30,000 followers. He has gained his following posting selfies and short humorous videos to the picture sharing app. He also runs an eponymous YouTube channel where he posts videos alongside his girlfriend.

Prior to his social media fame, he was just a regular high school student who used social media as a way to make people smile and laugh.

Outside of being on Instagram and YouTube, he is also known for streaming on YouNow and musical.ly.

Born in Bolivia, he moved to the United States at the age of two. He has three sisters and one step brother. His last name is Pedraza. He began dating Samm Pinkoff in December of 2016 after meeting on a popular broadcasting app for teens.

FwOmarr Is A Member Of