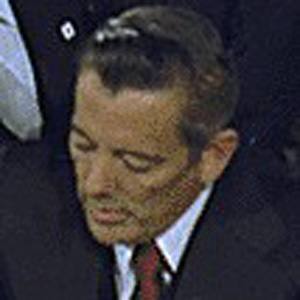 Politician and National Guard Commander who was the Supreme Leader of Panama from 1968 to 1981. He was never officially sworn in as president who was supported by the U.S. due to his anti-communist beliefs.

He earned a scholarship to study at the San Salvador military academy and started his military career as a Second Lieutenant.

When he was unofficially in office he had absolute power for a full six years.

He was a Roman Catholic and was married to Raquel Pauzner de Torrijos. His son, Martin, became President of Panama from 2004 to 2009.

There was speculation that the United States and Ronald Reagan Administration was involved in his death, despite supporting him earlier.

Omar Torrijos Is A Member Of