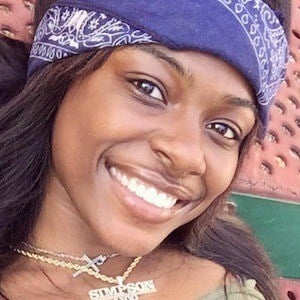 Rapper who has built an audience through online platforms like SoundCloud, where she has racked up hundreds of thousands of plays. Some of her most popular tracks include "Zero F*cks," "No More Love" and "Show Me Sum."

She grew up in the Atlanta, Georgia area.

Her father passed away in the late '90s.

She posted a rap set to the beat of Future's "Thought It Was a Drought."

Omeretta the Great Is A Member Of