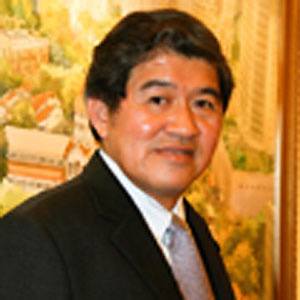 Realist painter who received six awards from the American Watercolor Society. His "Bhaktaphur" became in 1993 the first Singapore watercolor painting auctioned off by Hong Kong's Sotheby's.

He never received any formal training in art. He was a bill collector at an advertising agency when he started out.

He was awarded the Cultural Medallion by the Singapore Ministry of Information, Communications, and the Arts.

He was primarily raised by his mother Goh Choon Hoon after his father's sudden death in 1952. He married Nam Ah Moy and had three children.

He and singer Dick Lee were contemporaries.

Ong Kim Seng Is A Member Of