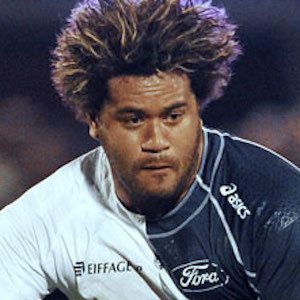 Tongan rugby union backrow known for his size and strength, standing almost six and a half feet tall and regularly weighing in over 300 pounds. He joined the Leicester Tigers in 2015.

He first started playing professionally in 2005 when he joined French club SU Agen.

He grew up in Kolonga, Tonga.

He and fellow Tongan Telusa Veainu have played together on the Leicester Tigers.

Opeti Fonua Is A Member Of