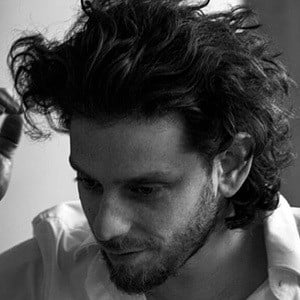 Israeli pop singer and video director who is best recognized for his popular singles "Her Morning Elegance" and "Did You Really Say No". He shares his music and his creative videos through his YouTube channel where he has over 40,000 subscribers.

He started his career as a stage actor and produced and starred in Sticks and Wheels for which he was awarded the main prize at the Acco Festival of Alternative Israeli Theater. He studied at the London Academy of Music and Dramatic Art and released his first album The Opposite Side of the Sea in 2007.

He was born and raised in Tel Aviv, Israel.

He is known for having covered the Bob Dylan track "4th Time Around" as part of the Chimes of Freedom album on which also appeared Patti Smith and Miley Cyrus.

Oren Lavie Is A Member Of