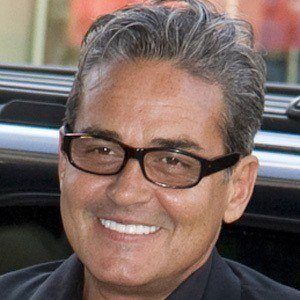 Cuban-American hair stylist who was contracted by several of the largest fashion houses to style models' hair for fashion shows. His client list included the likes of Versace, Calvin Klein, and Chanel.

He received his first editorial credit from GQ magazine.

In 1990, he opened his own salon on the 10th floor of Elizabeth Arden's Fifth Avenue space in New York City.

Originally from Cuba, he relocated to Charlotte, North Carolina with his family in 1962. He was married to his partner Zaki up until his death. He suffered from liver and kidney failure.

He worked with several of the world's most famous supermodels including Cindy Crawford.

Oribe Canales Is A Member Of