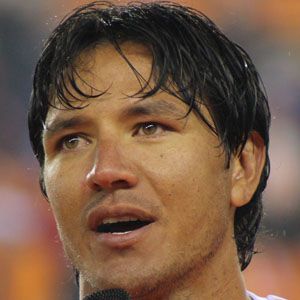 Striker who played for a number of teams, including the Los Angeles Galaxy, San Jose Earthquakes, and Houston Dynamo. He scored 11 goals in 45 appearances for the US national team from 2003 to 2010.

He tallied 34 goals and 23 assists while playing college soccer at Gonzaga University.

He was named Rookie of the Year in 1999 while with the USL Premier Development League, playing for the Spokane Shadow.

His grandfather hailed from Guangdong, China.

He and Tim Howard were both prominent members of the U.S. national team.

Brian Ching Is A Member Of