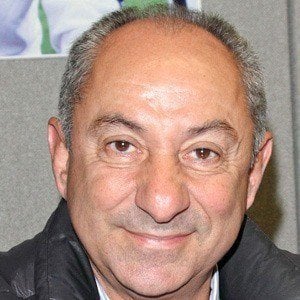 Soccer manager who debuted in 1989 for Swindon Town, and managed over 10 teams during his career.

10 months after joining Swindon Town, he led the team to its highest league position ever.

He married Silvia Ardiles in 1982.

He played on Argentina's national team alongside Diego Maradona.

Osvaldo Ardiles Is A Member Of